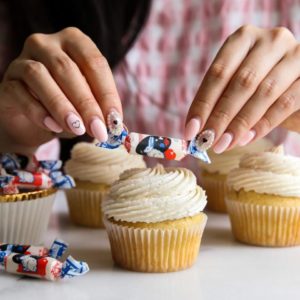 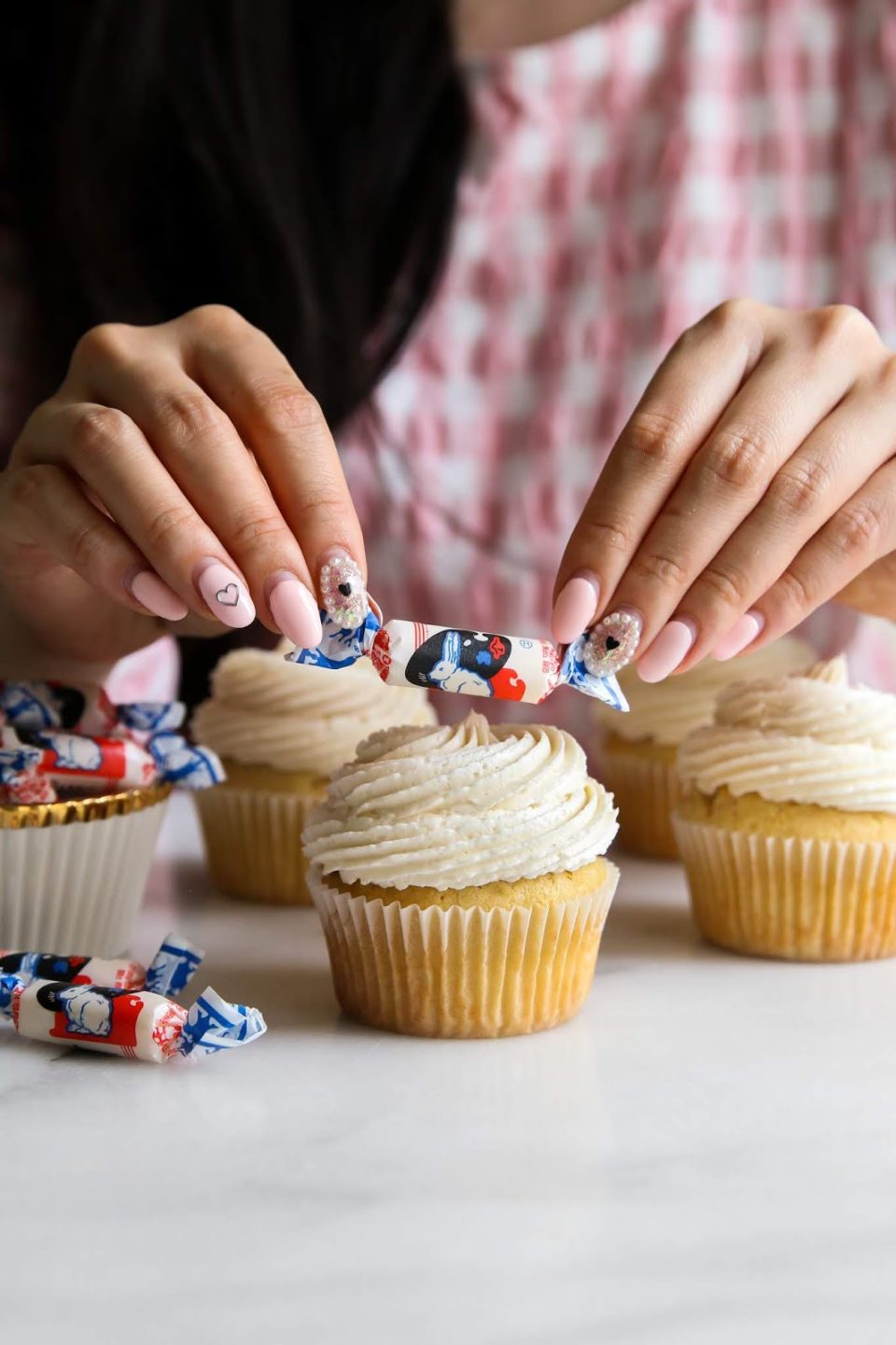 If you asked me what sweets I grew up eating, I would tell you that white rabbit candy (大白兔奶糖) was my candy of choice. Tucked inside the iconic blue, red, and black wrapper, white rabbit candy is a creamy, vanilla-scented candy similar to nougat or taffy in texture. Each candy is wrapped in a printed wax paper wrapper, but within this, the sticky candies are again wrapped in a thin edible paper-like wrapping made from sticky rice, which is meant to be eaten with the candy. The candy has always been quite affordable, being no more than two or three dollars for a large bag, and could be found at most if not all Chinese grocery stores.

So here is my homage to my favourite candy — a light vanilla cupcakes topped with the fluffiest white rabbit candy buttercream. White rabbit candies are cooked down in milk to create a white rabbit syrup, which is then whipped into the buttercream. Each cupcake gets its own little candy to make sure you get an extra treat with your treat. 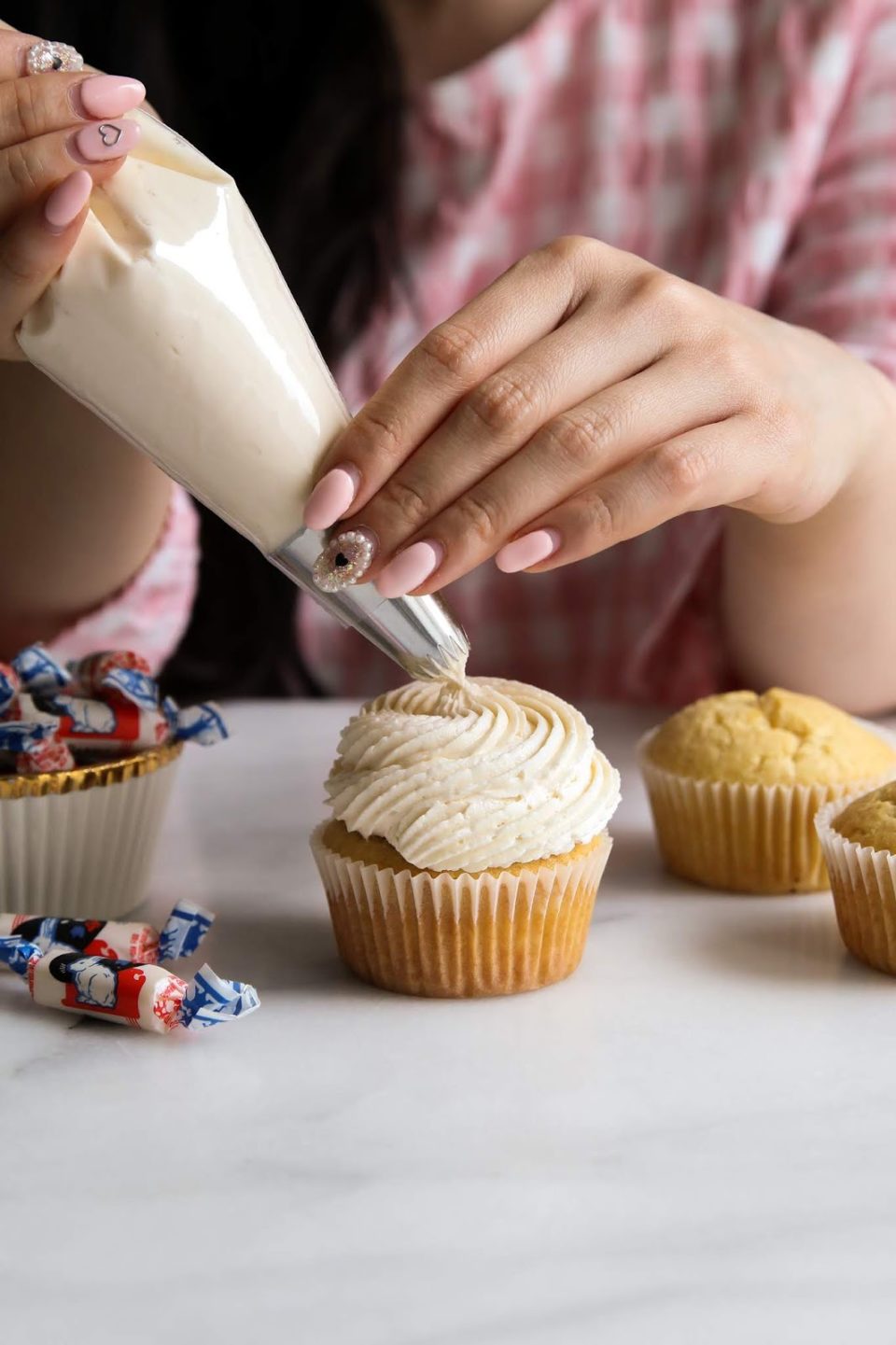 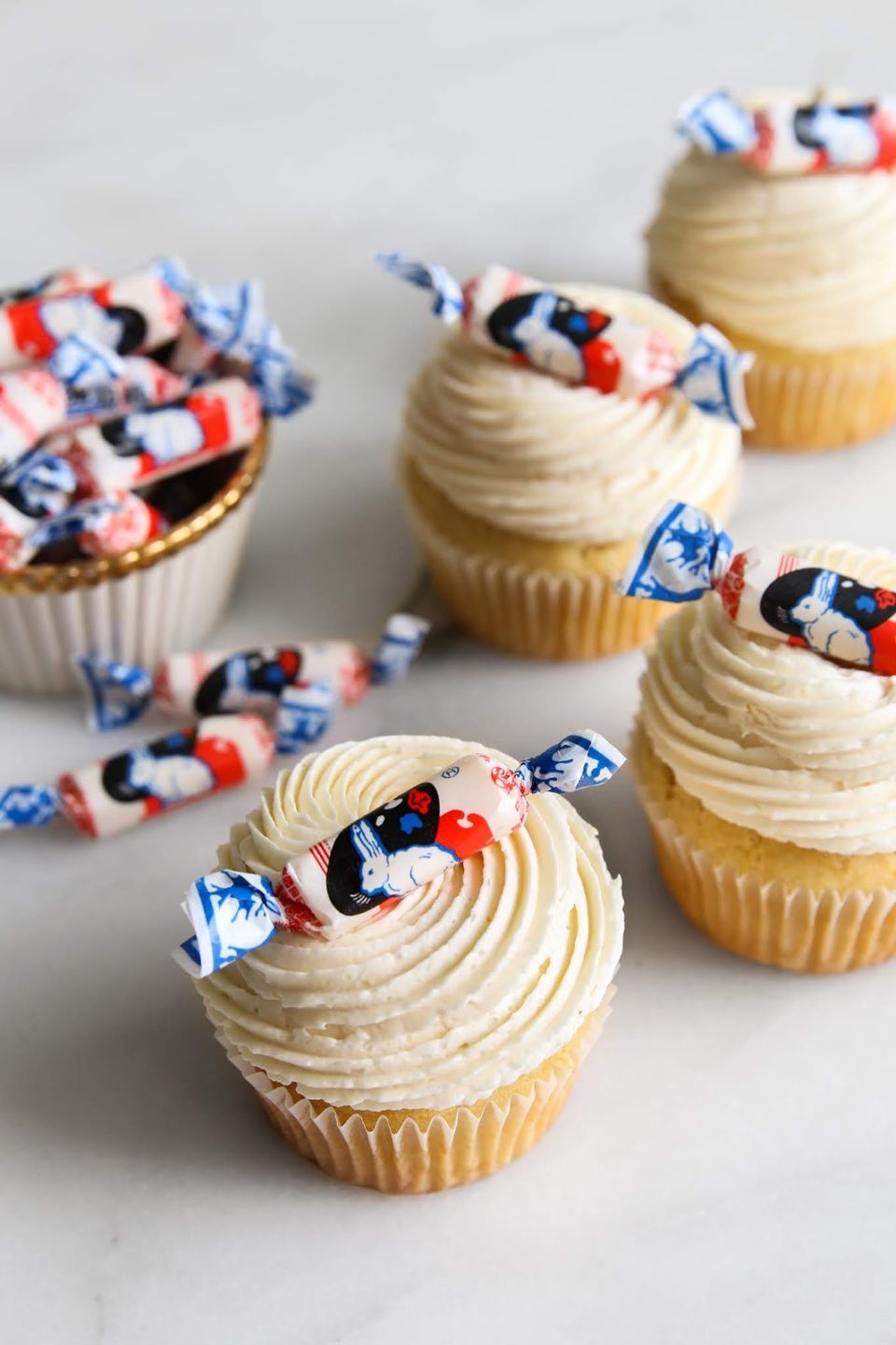 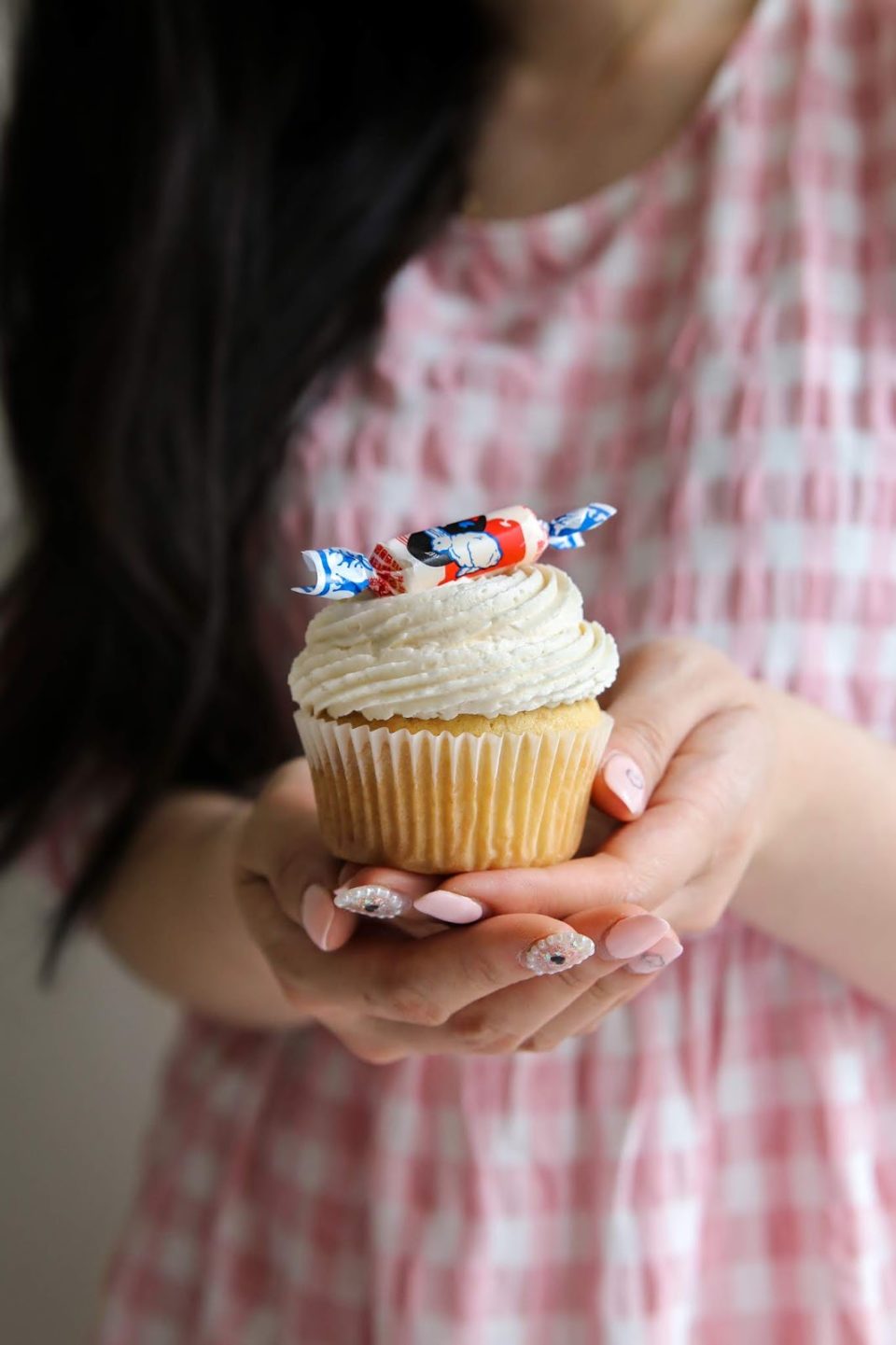 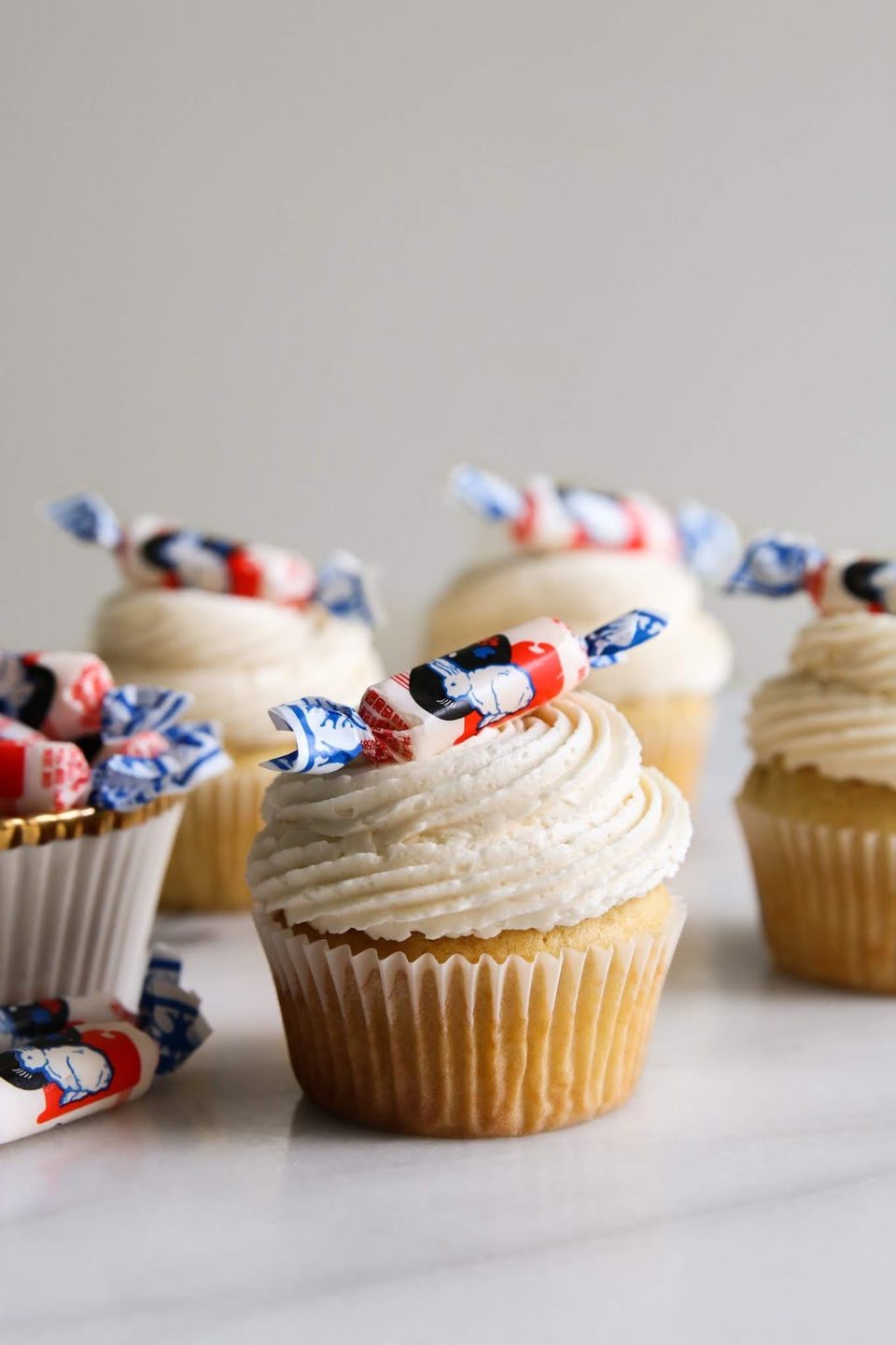 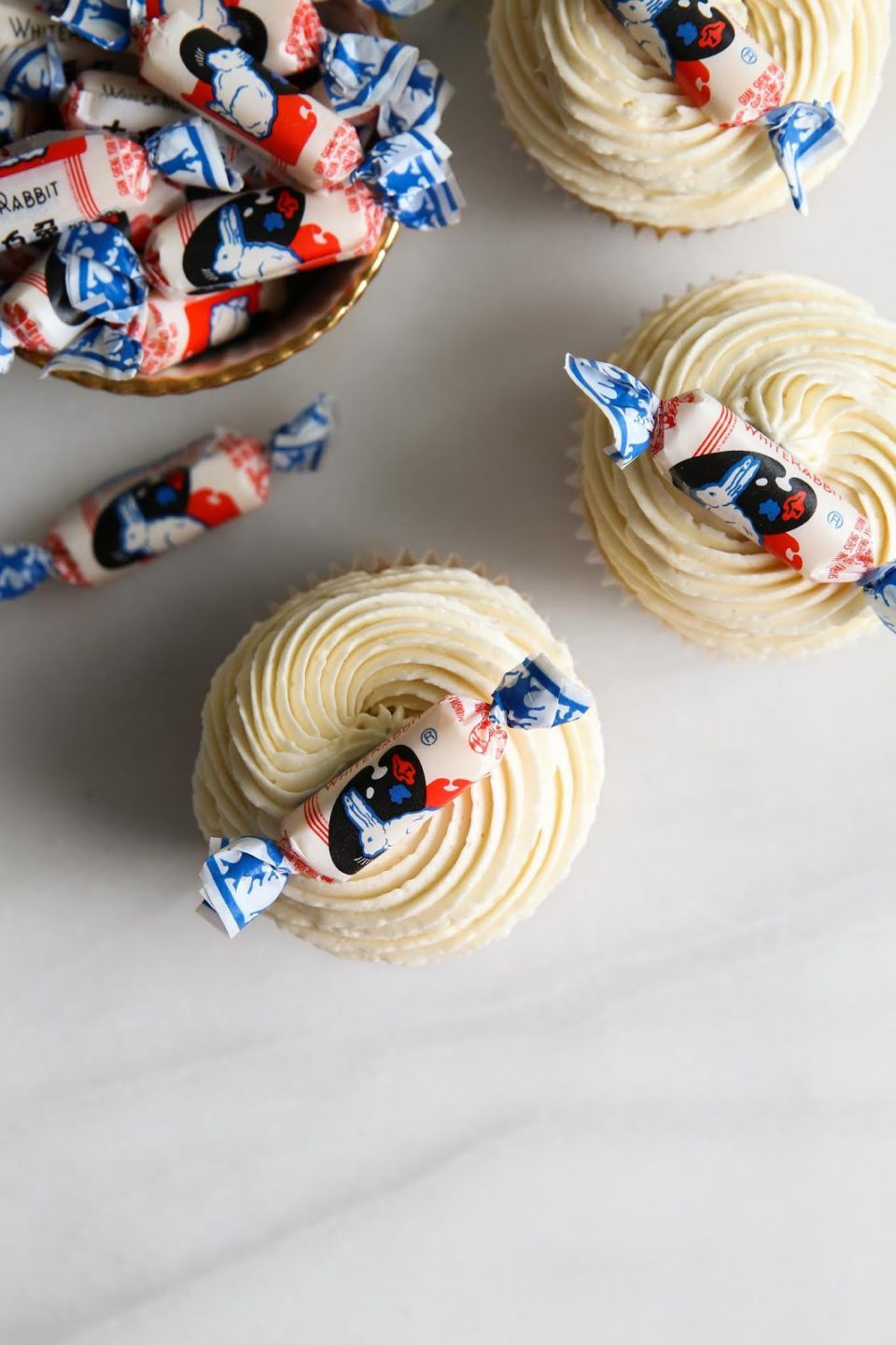 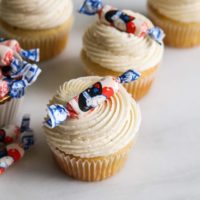 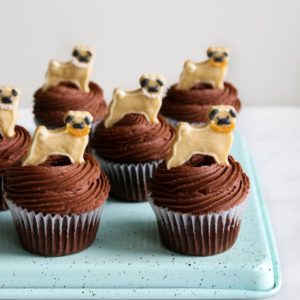 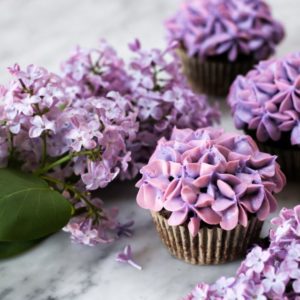