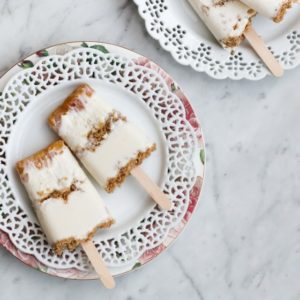 One of my favourite summer activities is to hunt down this artisan ice pop maker in Vancouver who rides his bike around city with his ice pops and makes occasional pit stops at the farmer’s markets. My first... 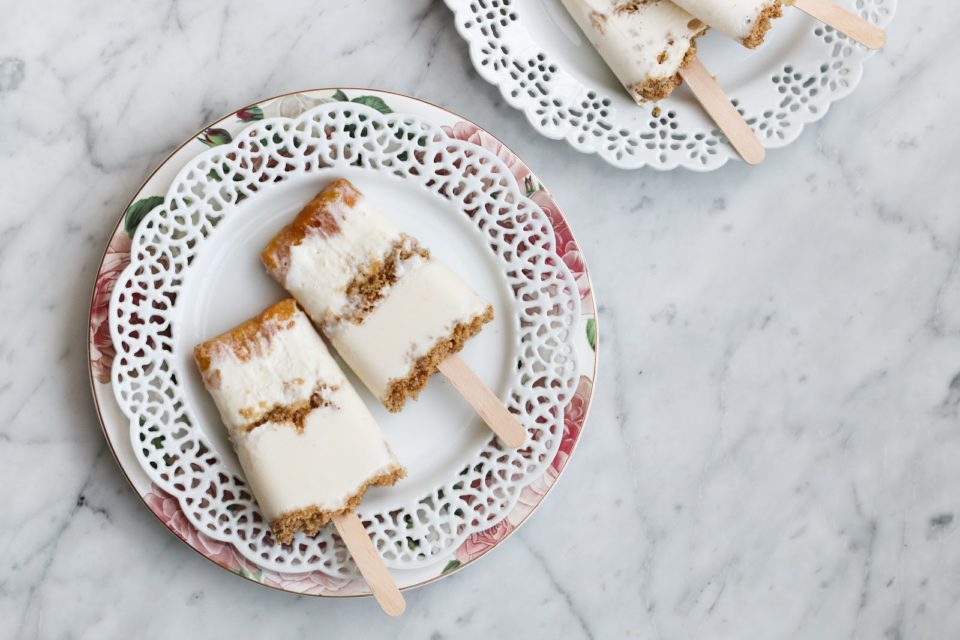 One of my favourite summer activities is to hunt down this artisan ice pop maker in Vancouver who rides his bike around city with his ice pops and makes occasional pit stops at the farmer’s markets. My first ice pop from his ice pop bike was a creamy avocado and lime ice pop. It was the most life changing an ice pop could be. After that initial ice pop (aka the gateway ice pop), I would always get two ice pops when I see his bike. Avocado lime will always be my go-to but there was one time when I decided to try something new.  The cherry cheesecake pop intrigued me because I loooooove cheesecake. I am low key obsessed with the frozen cheesecakes you buy from the grocery store. I eat them frozen because I do not have an affinity towards soft cheesecakes. The ice pop was everything. It was a complete upgrade of your usual frozen cheesecake on a stick (which does exist!) and it was studded with pitted cherries throughout.

What I am ultimately trying to say is that I am glad I decided to try something new (for a change) and buy the cheesecake pop. Without that initial cheesecake pop, this cheesecake pop might not have existed. I did not go the pitted cherry route because the process of pitting cherries is blah and peaches are finally in season! I poached the peaches in Pure Leaf Peach Iced Tea (Happy National Iced Tea Day, actually!) to get a stronger peach flavour, layered that with a creamy cheesecake base, and finished it off with an addictive cinnamon oat streusel. The oat streusel is a play of the classic graham crust but with more texture…because #texture. Until I find the ice pop guy on his bike, I will be munching (because I like biting into my frozen treats) on these ice pops. 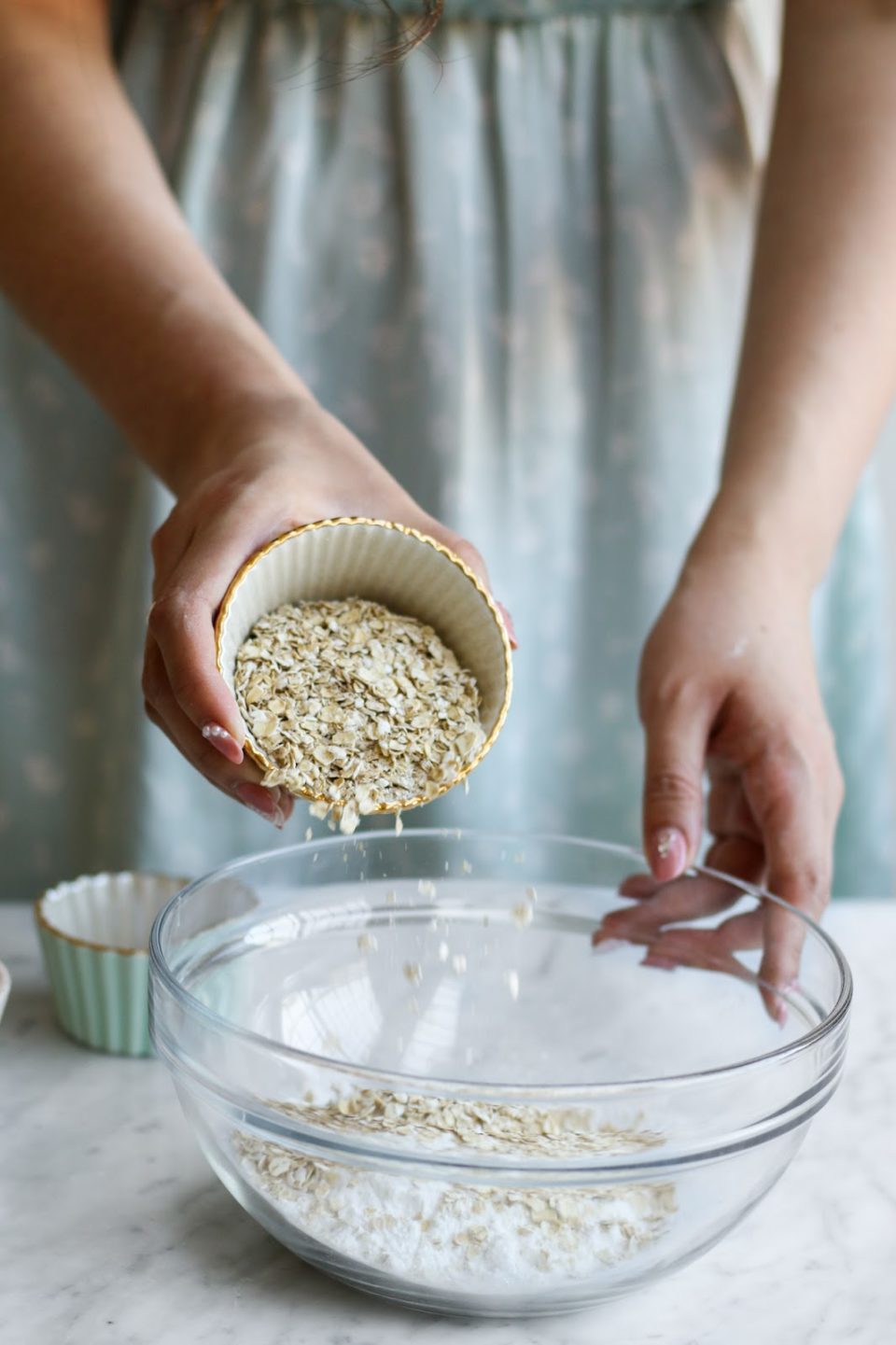 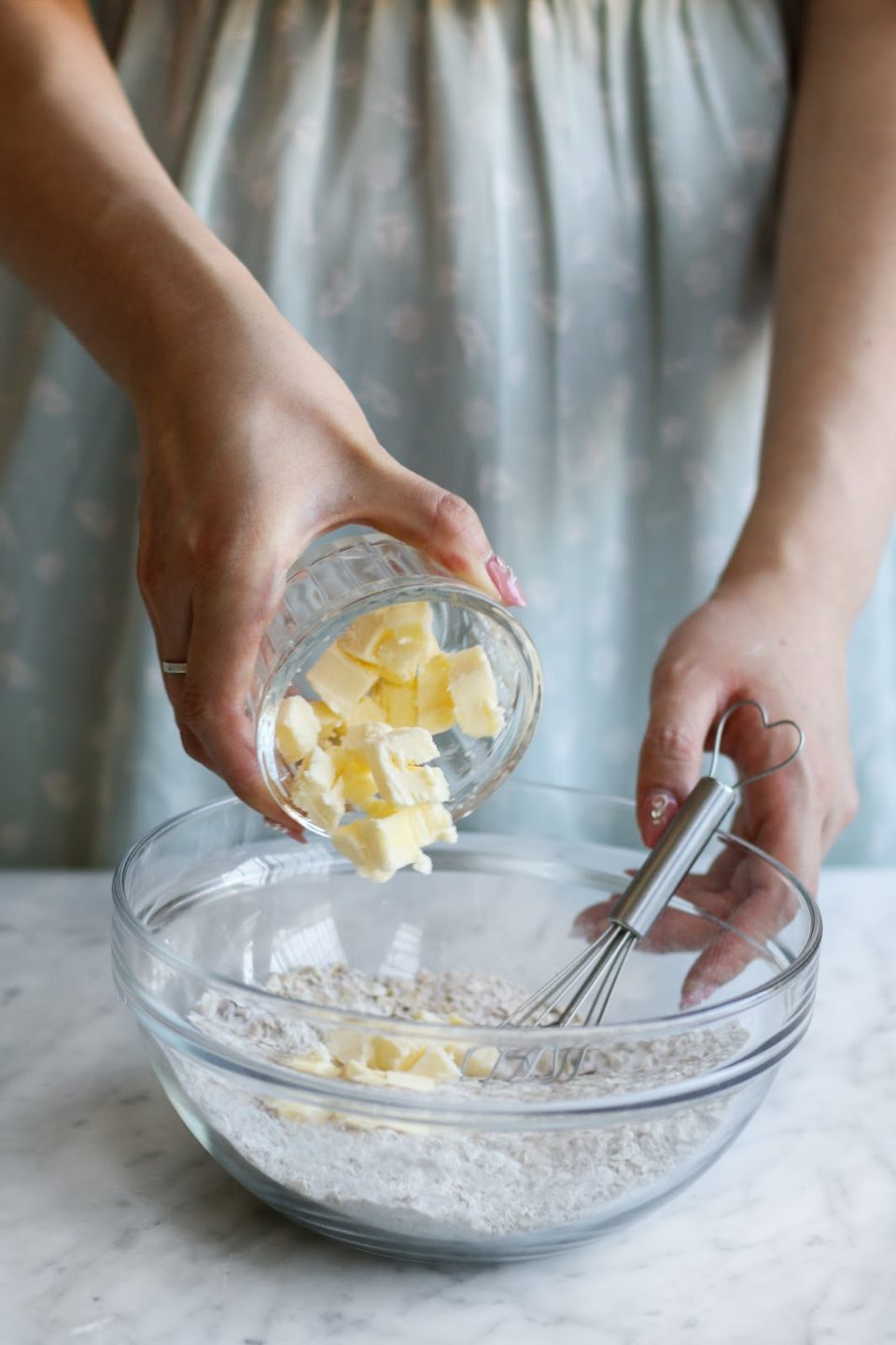 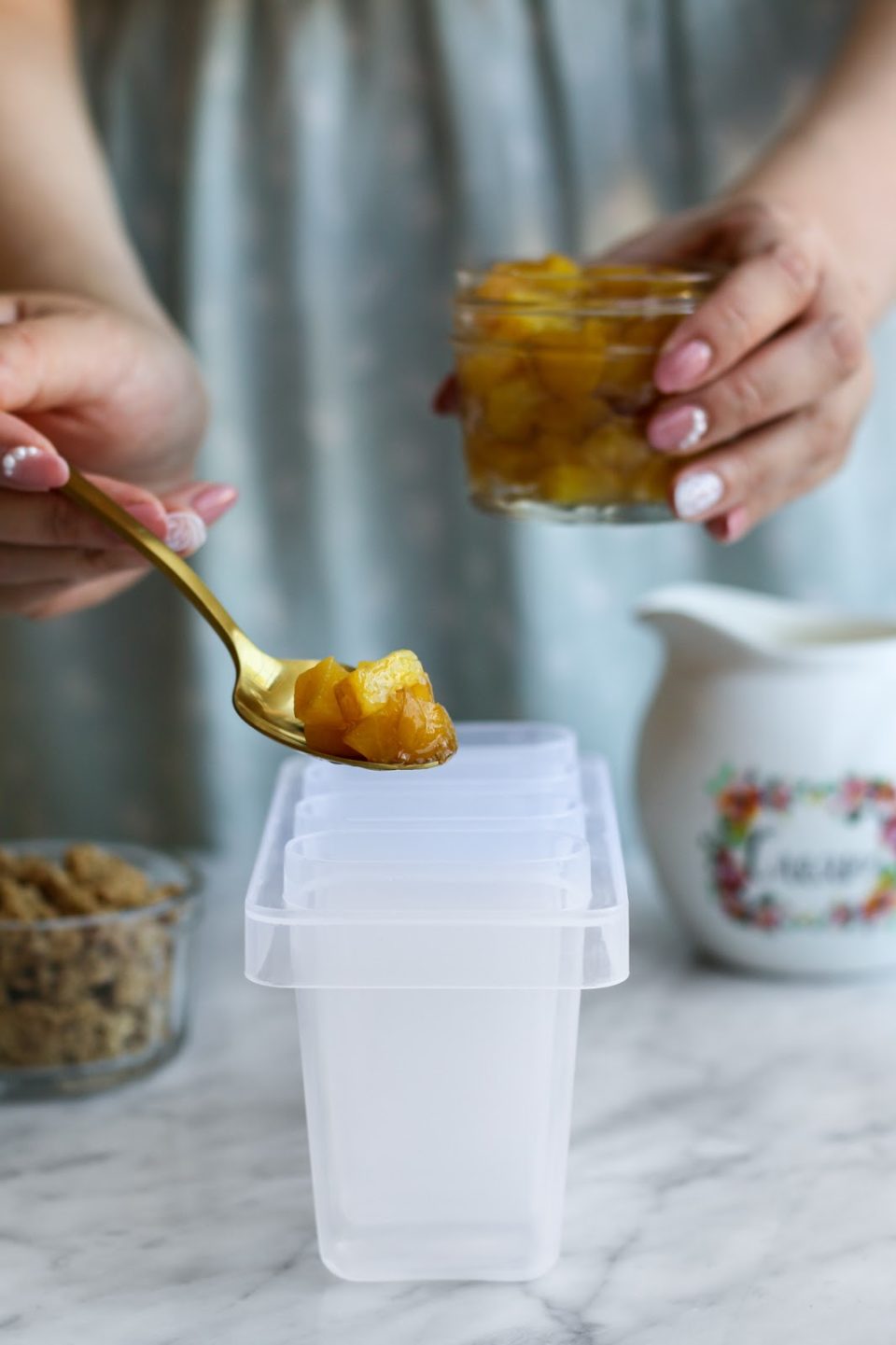 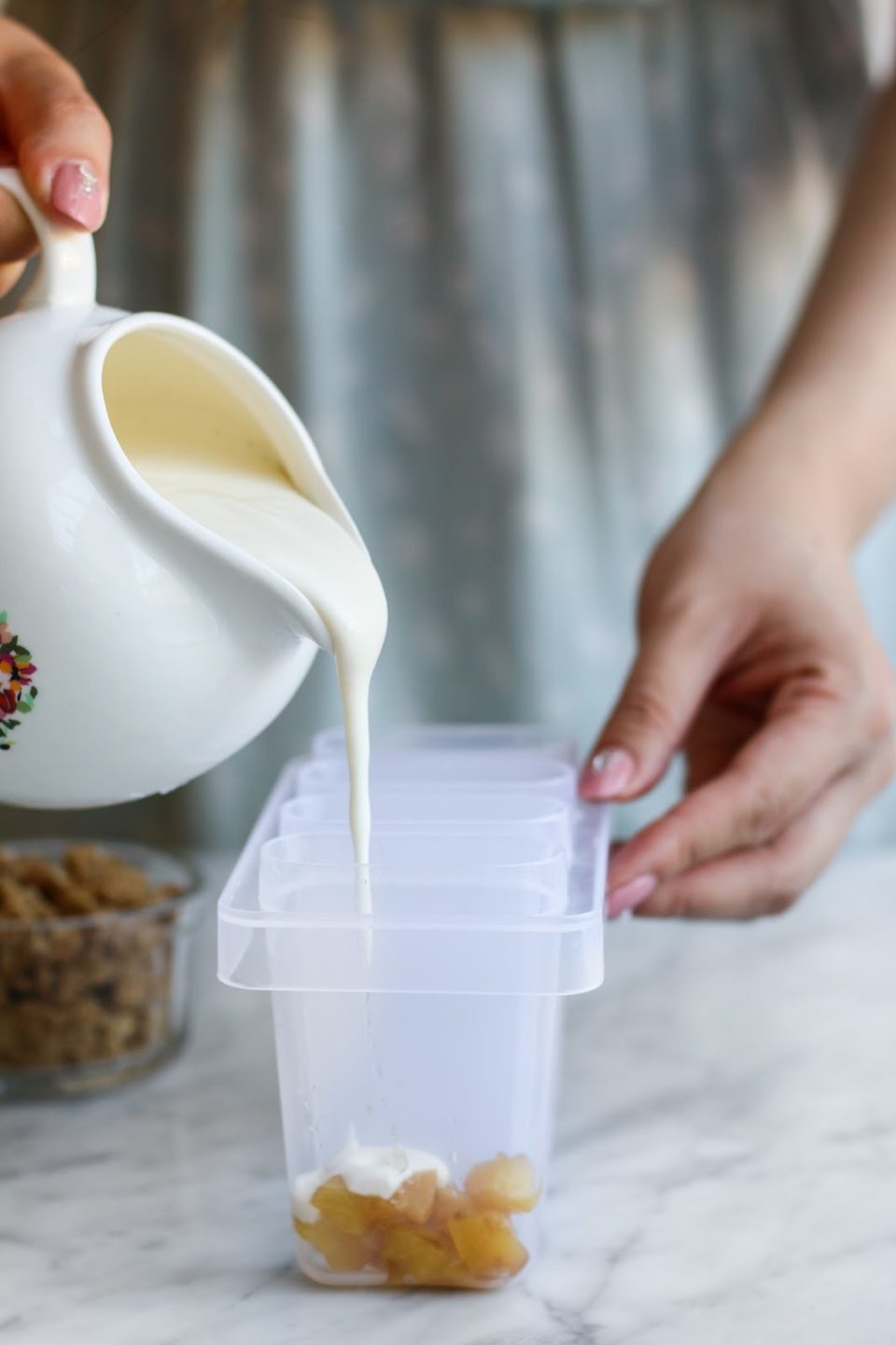 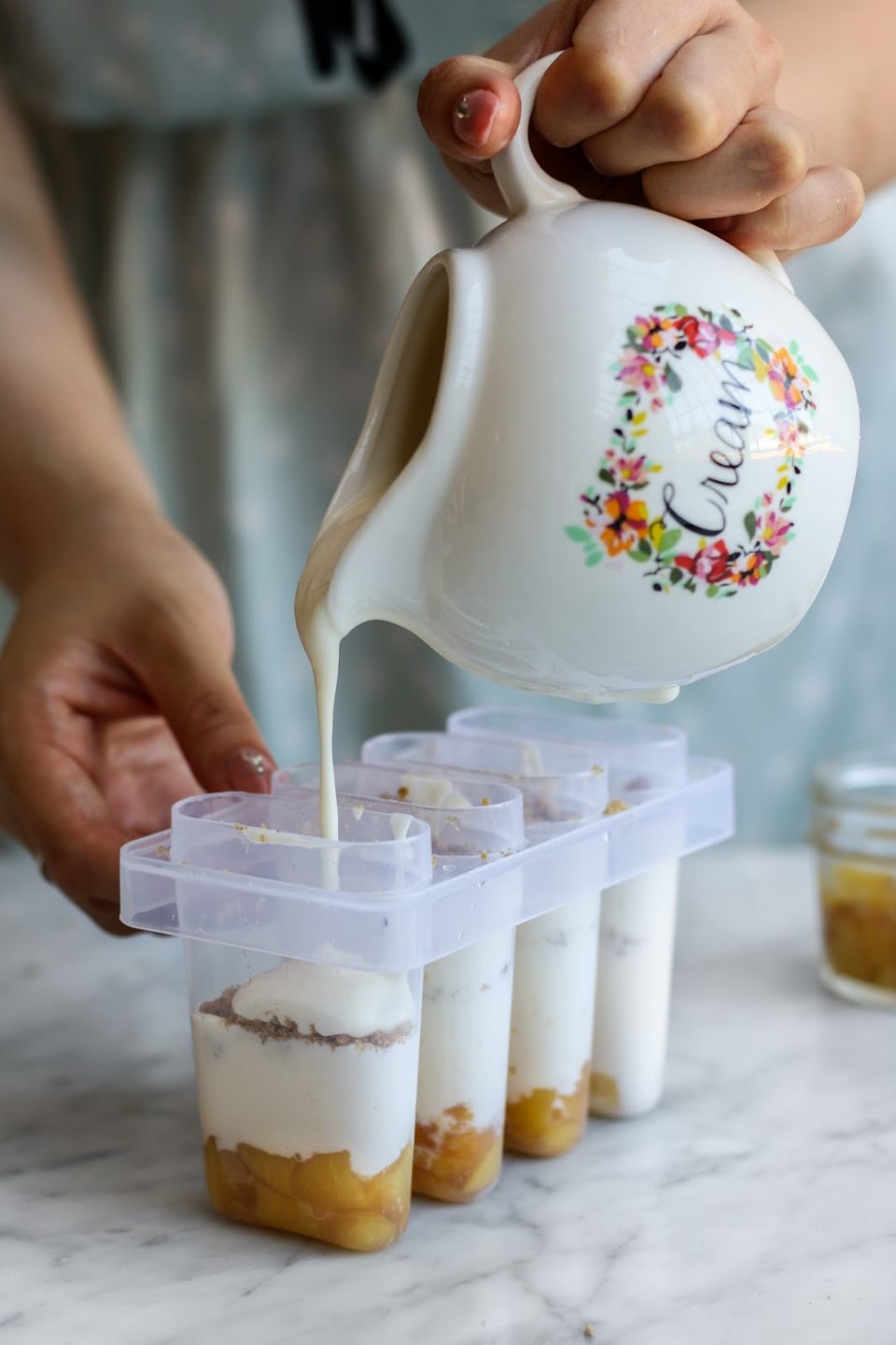 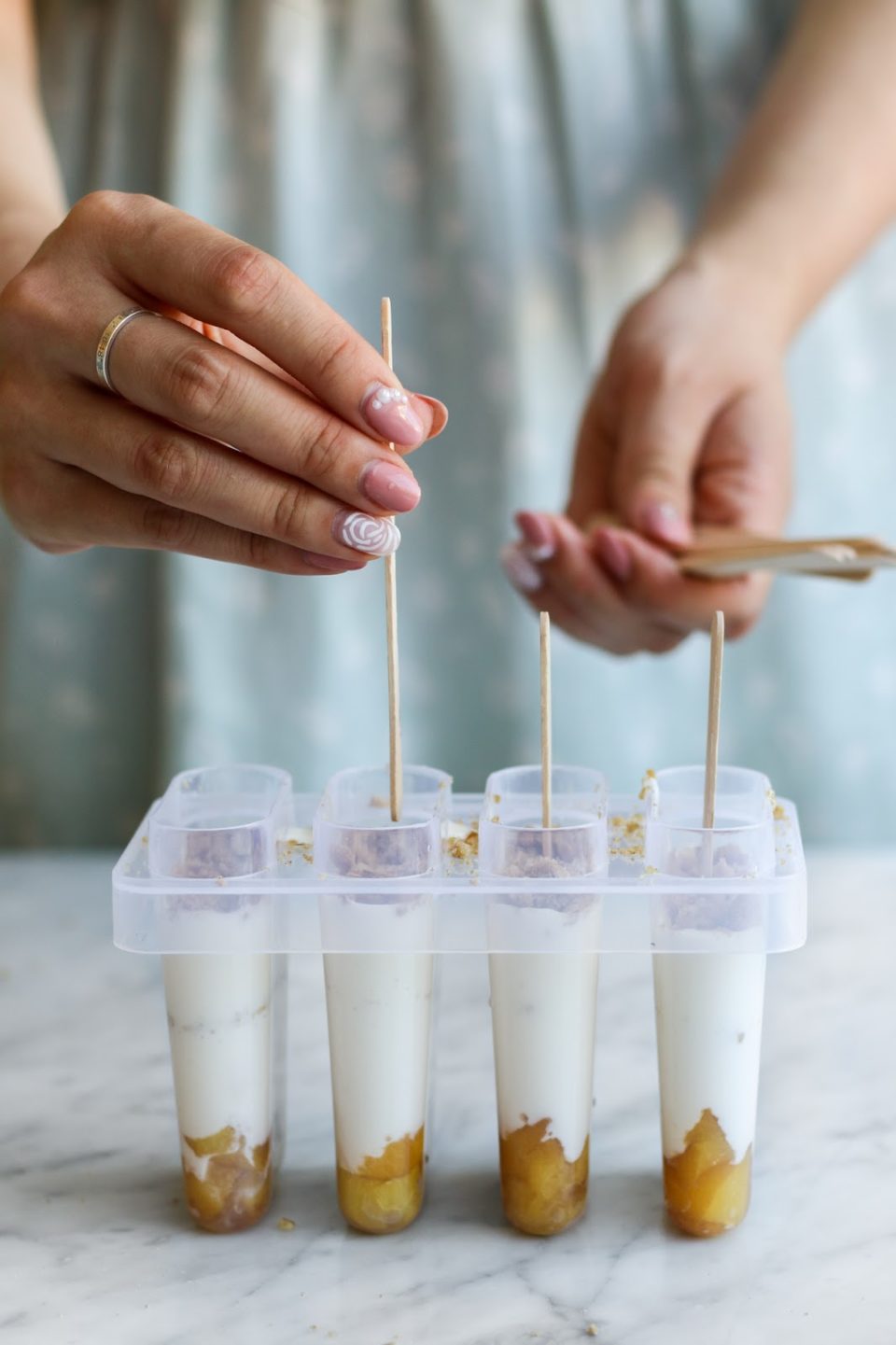 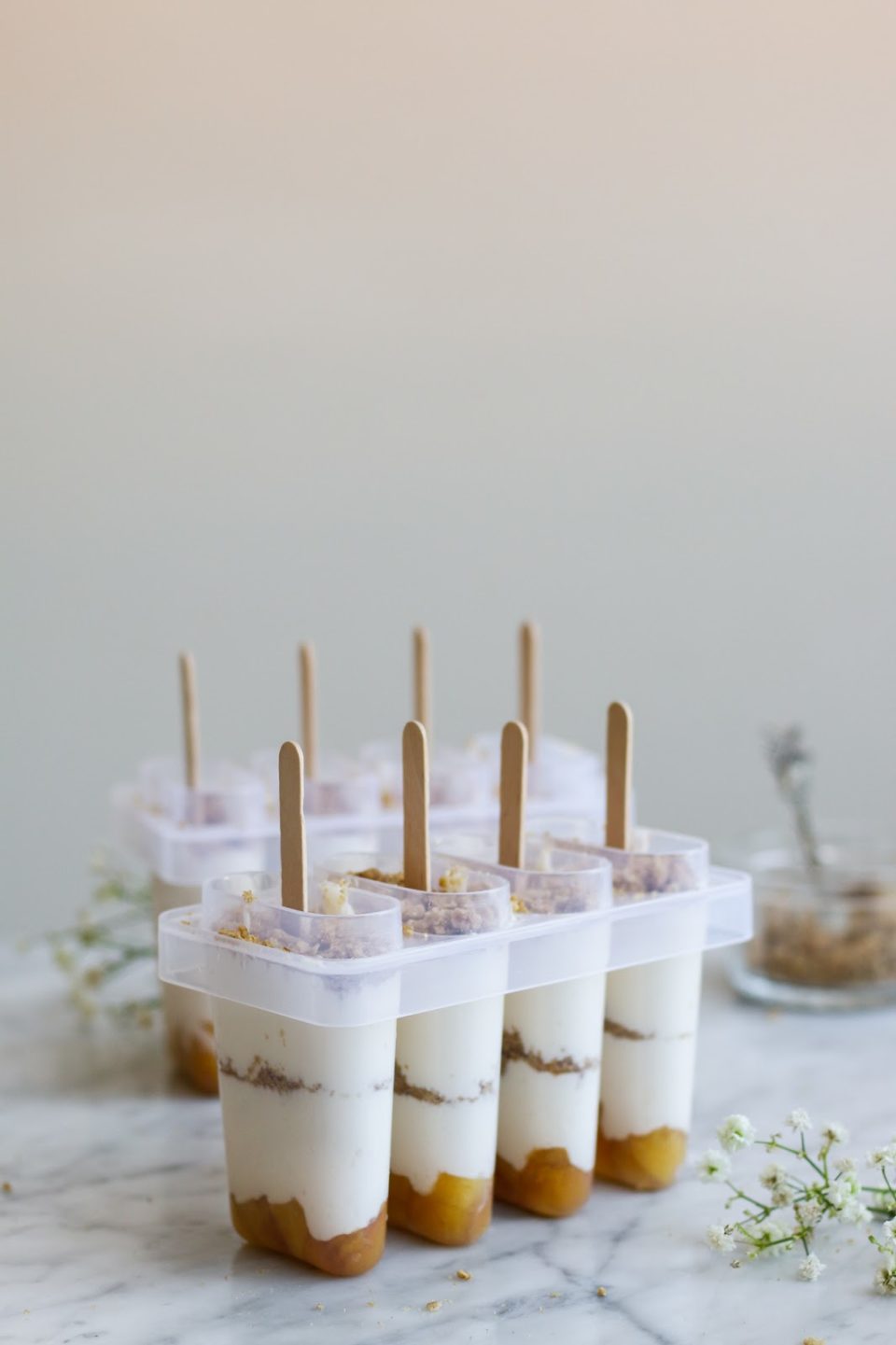 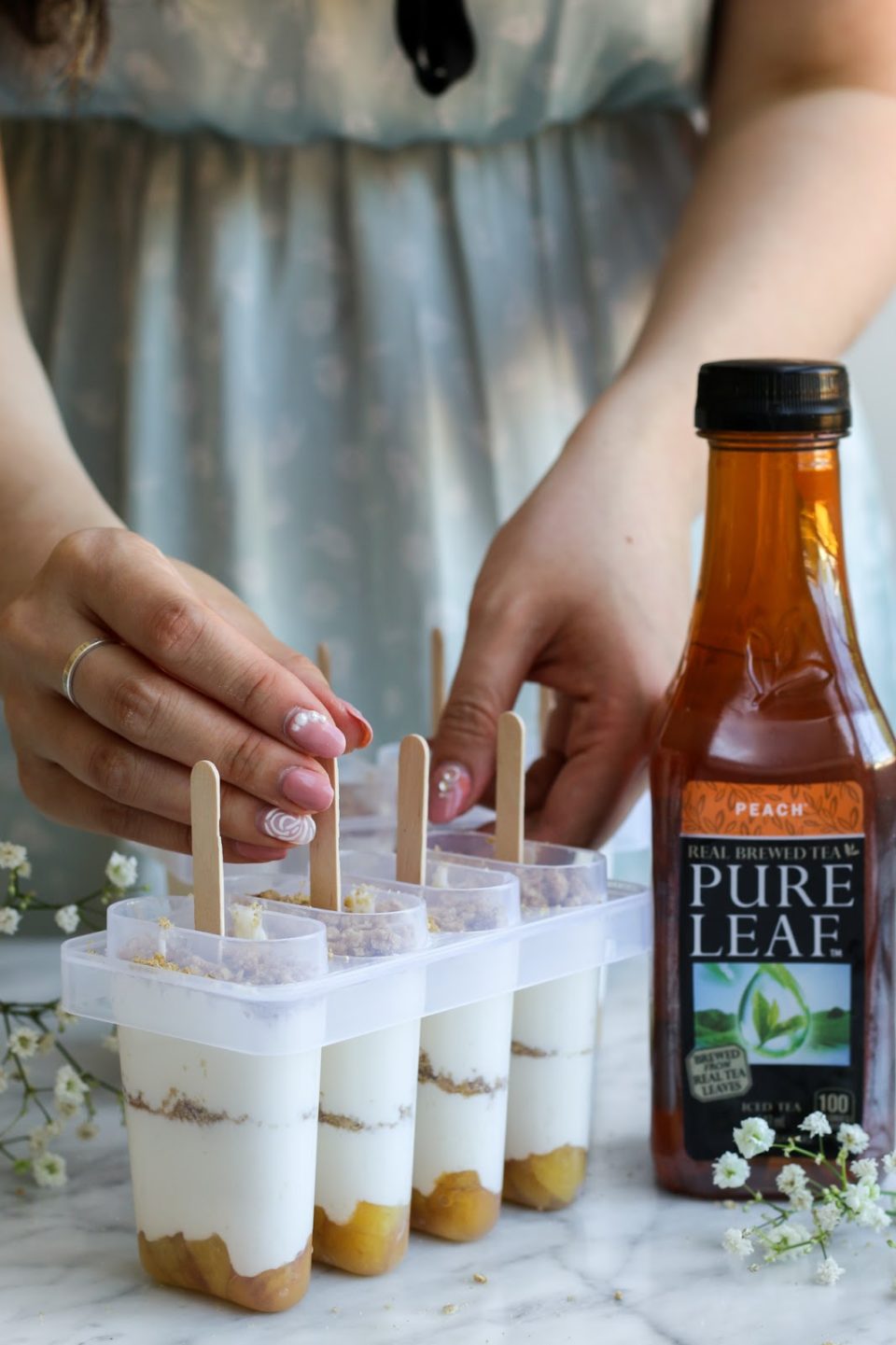 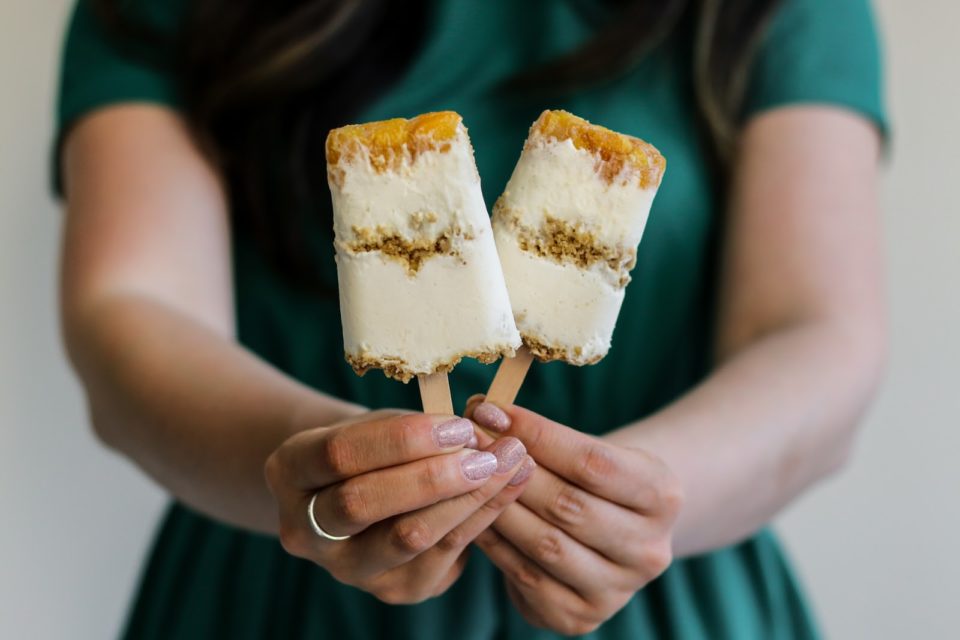 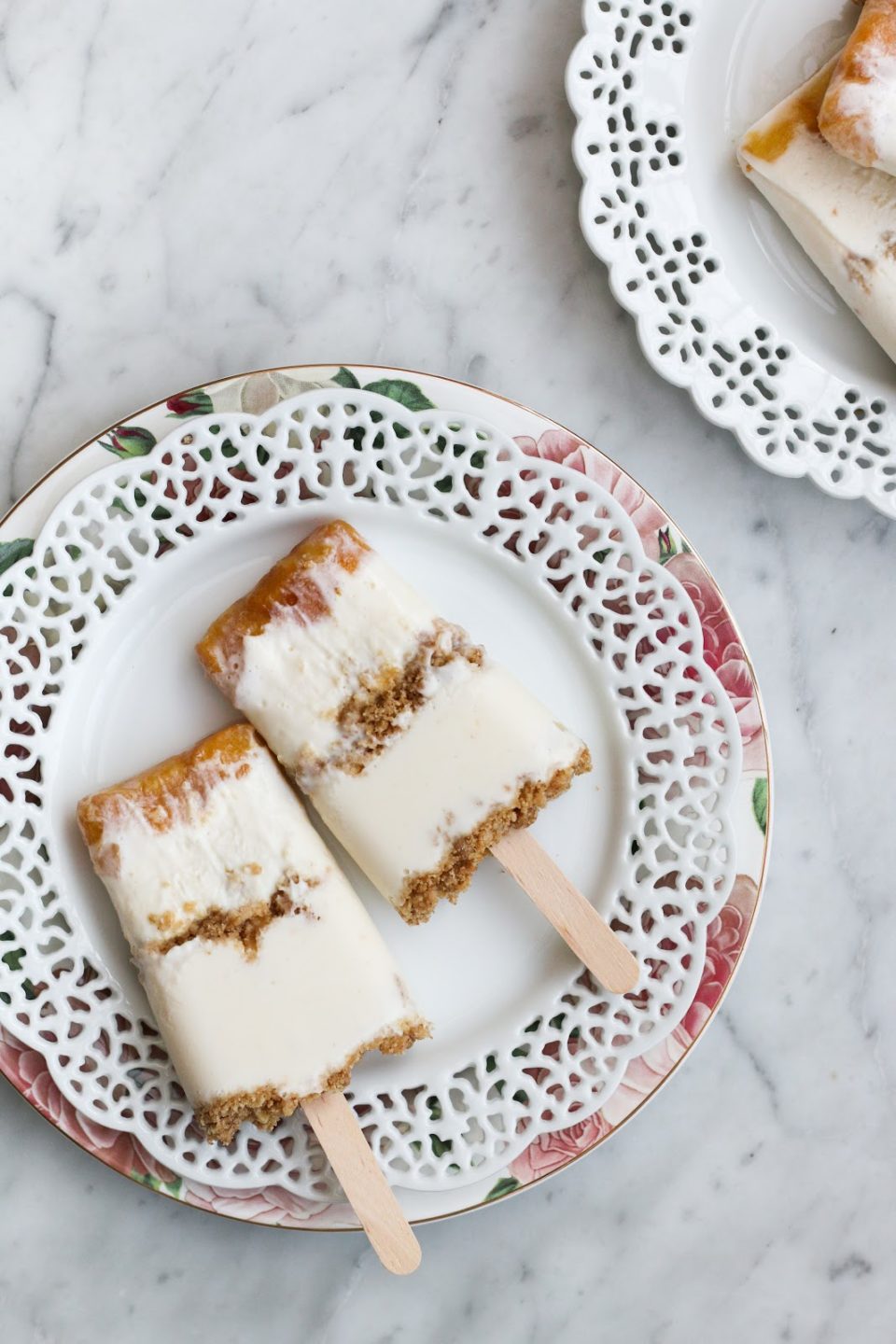 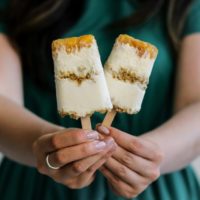 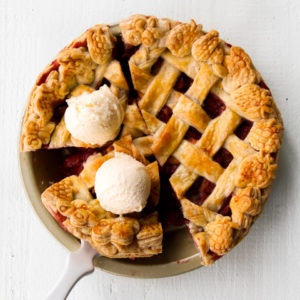 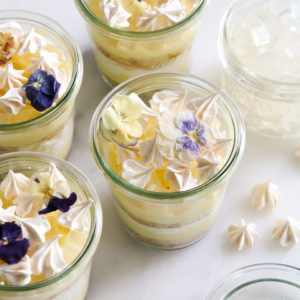 a flower crown and gold leaf for a white rose cake

where would you take the first bite? 🍓🍵 ⠀

fact: the best thing about making pie is having fu